THE ORIGIN OF CNC MACHINING

Posted by: China Cnc Milling 2022-03-25 Comments Off on THE ORIGIN OF CNC MACHINING

In addition to knowing how it works and what are the types of cnc machining that we can find, it is always very helpful to know its origin in order to better understand what were the needs that moved the person who invented it to do it. In this way, we will understand the reason for its operation and design.

CNC machining emerged in the year 1940, from the work carried out by an American engineer named John T. Parsons. At the end of the year, John had the idea of ​​using punch cards as a position coordinate system to control a machine tool. This card-controlled machine moved by making small movements and was capable of achieving the desired finish.

It was not until eight years later that John demonstrated this CNC machining concept to the United States Air Force, which later sponsored projects in the laboratories of the Massachusetts Institute of Technology. After much research, this institute created the first prototype of a CNC machining machine in 1952. The following year, they demonstrated all the possible applications of CNC machining.

In a short time, countless machine tool manufacturers already had a CNC machining unit in their facilities. Meanwhile, as the institute had not stopped researching, they discovered automatic programming tools, which could be used with the programming of CNC machining. The main objective of this new invention was that the programmer could communicate directly with the machine in a much easier way.

WHAT MACHINES WORK WITH CNC?

Since its discovery, CNC technology has been used to redesign different types of machines, today there are many machines that work with CNC machining, such as milling machines, lathes and grinders.

Milling machines are machines that have the purpose of automatically cutting materials, including metals, for this they use a laser cutting spindle, which moves in different positions and depths according to the instructions it has received through the computer.

On the other hand, grinders use robust abrasive discs to perform abrasive machining on materials such as metal or plastic in order to obtain a specific shape. These types of machines are very easy to program and at least are used for projects that do not require milling machines or lathes. 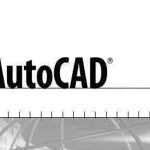 The Define Of CAD 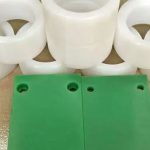 The Process Of CNC Plastic Processing

Plastic processing, also known as plastic molding, is the process of processing plastics or synthetic resins into plastic products. It can be said to be one of the largest production sectors in the pl... 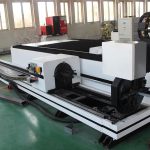 When the fiber laser cutting machine is cutting, different cutting gases are selected according to the material of the cutting plate. The choice of gas and pressure has a great influence on the qualit... 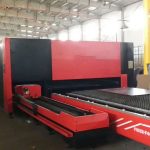 There are usually three types of auxiliary gases for laser cutting machines: oxygen, air and nitrogen. Different auxiliary gases are used for cutting different materials. Depending on the thickness of... 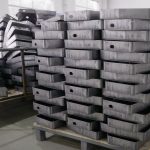 How to extend the life of fiber laser cutting machine 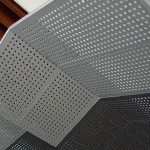 Previous article
The Advantages of electrolytic zinc plating
Next article
Precision machining, the best technology for perfect parts
Get A Free QuoteThank you for your interest in Pintejin cnc milling company. Please fill out and submit the following RFQ form and we will be contacting you shortly.Please place file(s) for transfer in the same folder and ZIP or RAR before attaching. Larger attachments can take a few minutes to transfer depending on your local internet speed :) For attachments over 20MB, click send to [email protected].
If you are looking for a CNC Rapid Prototyping & Cnc Milling services in China for cnc parts, please feel free to contact Pintejin cnc machining team.Get Instant Quote:[email protected] .